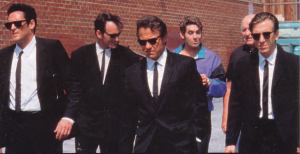 The economic crisis we’re currently going through is teaching some lessons to the Western countries, in particular to the Anglo-Saxons, that our grandparents know pretty much, although it seems we’ve forgotten the past years in this financial bubble. The debt has several pros: allows building, buying, investing and, when properly managed, might ensure a safe return and a fair growth of the economy. However, the debt has an outstanding bad side: it must be paid back. It might be postponed, rolled over, shifted to other (more or less conscious) subjects, and its dreadful effects would be identified as bankrupt, credit-crunch, real estate bubble and recession.

With a view to the software applications, a similar observation might be rightful in terms of ‘state of health’, which point to a family of properties that the software should have to be easy changeable, so it could respond quickly to the requirements evolution. A software that doesn’t enjoy good health is the one that has become fossilised to the original architecture, keeping it as is as possible, never revisited in the light of technological innovations and functional updates, but just patched with improvised and unconvincing surgery.

It’s suffering what it could be defined as inability to bear the debt built up over time, but in this case we’re not dealing with financial debt, this is the technical debt. Even though the term ‘technical debt’ sounds strange, it’s related to the financial fellow in many ways, and it is widespread in software development. The saying according to which economy is based on credit (debt) finds support also in the software world.

Developers who are reading know well what I am talking about. You’re assigned to work in such XYZ firm from next Monday for at least 3 months, and when you’ll start this new task you’ll be instructed about what to do.

The workout mainly consists of implementing new features on top of the customer’s solid rock application, a very remarkable system built some years ago for serving peculiar needs.

“So far, it has worked well”, the owners said, “you may just make it worse than it is now”. Later on, you have no choice but to agree with them.

Expanding or changing the set of features without re-factoring looks like seeding a crop without ploughing the land before, if the system’s authors didn’t predict such an amendment. The harvest could be lost, couldn’t it?

You’ll be asked to complete your job updating the old system and keeping the structure as it is, avoiding to break the fragile balance among components.

Just for you information, consultants were called few months ago for a similar task. They added such a mess into the code that you have to spend most of your time to figure out what they wanted to do than working effectively on new things. Maybe the customer were disappointed by their way to conduct the development and now it’s your turn.

Thus, in addition to the new enhancements, you should fix what your precursors did.

This subject is hard to handle and quite unpleasant in particular when the customer doesn’t want to hear talking about re-factoring unless it doesn’t delay the delivery, which is almost impossible, so the scheduled task proceeds as expected.

In short, it looks like going for a walk over the broken glasses swearing you won’t be injured.

Using the post’s subject, it looks like getting into debt again for covering the old one, just for adding short term solutions when too many of these have been applied in the past.

Looking back at the past, I’m realising how this kind of intervention is predominant on the amount of works done, that I don’t know how much time I would have to wait unemployed if I wanted to work only into brand new projects…

Sometimes I’d define myself as a debt collector, and I find it uncomfortable as a lawyer or a doctor would feel against a criminal prosecution or a rescue surgery: it’s an exploitation of other’s misfortunes. It might be painful, but we make the customer feel better.