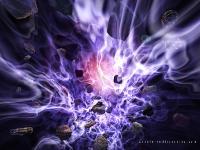 I didn’t believe that such a successful project was such a rare event in the IT industry, that’s why I’ve never caught another chance for applying the learned lessons again. I thought that the experience accrued on Model Driven Architecture will be reusable in other circumstances, though I’ve never seen concepts as executable UML or MDA either applied or mentioned in the following commitments I’ve pursued into.
The idea of this project wasn’t conceived by external consultants thirsting for selling their cool technology; instead, it was born and grew up just inside the development team. The architecture’s transition had been gradual, and little by little, as new automation scenarios penetrated our excited minds, we moved as many as possible development processes under MDA framework.
Despite my early impressions while considering to undertake the project, the upper management embraced it and laid down investments counting on the benefits that this new approach would provide to the development.
What is difficult to change is the modus operandi of a 300 employee company that offers banking services and applications, which is engaged in one of the most conservative field in technology and development methodologies by default. It was about a significant jump in the services development and as the PM remarked:

“We are developing as dinosaurs, don’t you know what the hell happened to them?”

the way to MDA was traced.

The issues we faced with the introduction of modeling notions would be defined as practical contingencies rather than theoretic or philosophical reasons, foremost the mess in the business layer. It raised reliance and maintenance weaknesses with time, even security holes that sounded so bad in such a company with a plenty of banks as customers.
The hundreds of cases developed by dozens of engineers turning over throughout the months in the Java development area had reached the critical mass, enough to trigger an explosion/implosion of the whole system. On the other hand, the applications can stand up only by high costs of maintenance and lazy deliveries, due to the difficulties on integrating incoming services with the underlying system.
The application layer managed the data flows between clients at the top and feeds and legacy information systems at the bottom. On their way, they affected several mixes by business process rules hard-coded in obscure java classes. Unfortunately, most of those shaking details were lost, because of the policy related to the development, which didn’t claim about missing documentation, and then it was so damned annoying to go back and take over old artifacts for maintenance or updating rules. Only skillful programmers might extricate the balled up code. The critical mass had to drop down and be brought to lower temperatures quickly. New developments and dozens of incoming features were planned, so a deep refactoring was a must; it can wait no more.

How was the domain layer implementation that popped up the highlighted problems?
The developer’s effort was mainly focused on the creation of java classes implementing a Command and defining the service to the framework through an xml descriptor. The input and output of such a command was a raw DOM argument, which was parsed to extract the input data needed by the business transaction, the most part of coding was regarded for parsing and filling the response’s service that was a raw xml document too. I think it isn’t agreeable to put most of the developing efforts merely on managing input/output data and mapping, but this was the daily job.
Apply the MDA take time, it was an one year evolution, and it would be summarized with: